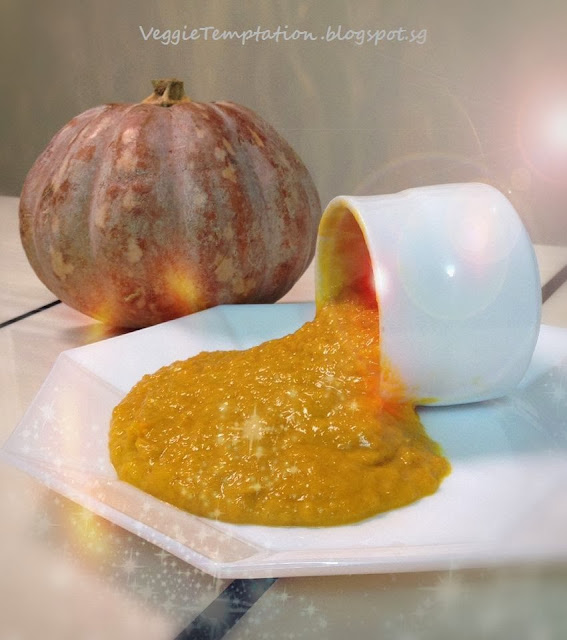 Kaya jam a.k.a coconut egg jam is consumed mainly in Southeast Asia with bread. I'm not going to lie, for these years from time to time, Kaya toast bread does cross my mind a few times ever since I turned vegetarian but all traditional Kaya jams contain egg. Now, I'm really thrilled to share this recipe, it tastes as good or if not, better than the usual egg Kaya jam, and best of all.. eggless and healthier! Pumpkin is known for its incredibly rich vital antioxidants and vitamins, it is an amazing food that you should include in your diet.
I use jaggery sugar here because it is healthier than refined sugar, and also gives an extra fragrance and natural golden colour to this beautiful pumpkin coconut jam. Personally, I have tried making this jam with other sweeteners, jaggery yields the closest/best taste and look of traditional Kaya. You can also use the alternative sugar mentioned below if you couldn't get jaggery at your local stores.
What exactly is jaggery?
Jaggery is the product of sugarcane and date palm tree, read more. Most people except Indians do not know what jaggery is because it is less marketed like refined white sugar despite jaggery manufacturing has been practiced for centuries much before refined sugar. But this industry is still not organized because most jaggery comes from remote rural places and only reaches the mass market through agents. Unlike refined sugar, jaggery is known by the place of its manufacture and not by brands. Although jaggery is not as widely used as sugar, it is very popular in Indian culinary and also used in one big industrial which is the manufacturing of alcoholic beverages, particularly rum.
The difference in processing between refined white sugar and jaggery is that after the initial boiling, sugar syrup is treated with charcoal to absorb unwanted particles and to give a clear, transparent solution, and once it condenses and crystallizes, it becomes sugar. For jaggery, there is no treatment with any charcoal or crystallization, the syrup is boiled continuously until it is formed into a thick paste and then poured into moulds to make blocks of jaggery. Jaggery digests slower than refined sugar and releases energy slowly and not instantaneously which provides energy for a longer time and is not harmful for the body.
Jaggery contains traces of iron and mineral salts which is good for body. It is also good as a cleansing agent to cleanses the lungs, stomach, intestines, esophagus and respiratory tracts. Those who are exposed to dust daily are highly recommended to take a daily dose of jaggery to prevent asthma, cough, cold, and congestion in chest. Read more here.
Ok, back to this pumpkin recipe! Since the pumpkin size is always so huge, whenever I buy pumpkin, I will also make other pumpkin recipes like Vegan Pumpkin Rice, try it out!

1. Steam or boil pumpkin in a pot for about 5-8 minutes or until fork tender, drain water off.

2. Place pumpkin in a heavy-based saucepot, add the rest of the ingredients and bring to boil. Using a potato masher (I used this) or immersion blender, blend the mixture until smooth. Alternatively, you can use a food processor.
3. Continue to simmer on medium heat, stirring frequently about 20-30 minutes until mixture thicken or until it reaches your desired consistency. Do note that the mixture will be slightly thicker when cooled.

4. Remove the pandan leaves, let cool and serve with toasted breads or biscuits. Store balance in jar, and refrigerate, good for storage for about 1 week.


☼ Get the jaggery sugar in blocks and not the crystal and powder form, it tastes different. Available at Mustafa and most Indian grocery stores. 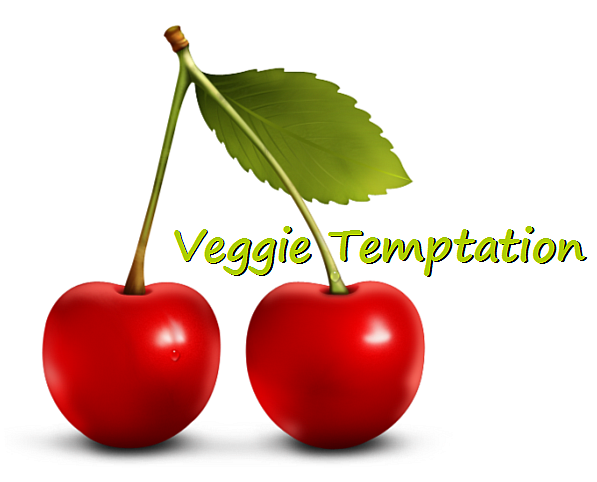 ♥ My name is Daphne Low from Singapore, Asia. I'm a self-employed with a lovely family. I'm a Lacto-vegetarian by choice since 2003. WHY? For better health, animals, humanity and environment. I am a free thinker.

Thanks for dropping by, do feel free to drop me a comment or question, or let me know if you have tried my recipes. I'll be so thrilled to hear from you!

It is the common
misconception that vegetarians only eat 'grass' or lots of fried & mock gluten. I started this blog to spread vegetarianism / veganism and let the community understands that vegetarian/vegan cuisine can be delicious, creative and healthy too.

I have literally less than a handful of vegetarian/vegan friends around me, and love to meet more like-minded people. Do add me at Facebook and subscribe for the updates in my blog!

♥ Subscribe here to not miss out on my weekly updates on recipes, eateries & where to buy!

Be sure to confirm your subscription by clicking the confirmation email in your Inbox.

☆ Different Types of Vegetarians
All do not take meat & fish.

Click to understand more types of vegetarians and why!

♥ Learning a new cuisine is actually not that challenging, it is the process of understanding & finding the ingredients in your area which is tedious and time-consuming. Thus, I am most willing to share with readers (Singapore, Malaysia and international) where I get the most value-for-money ingredients that are slightly uncommon. For my international readers, these are the exchange rates for your reference: SGD1 = USD0.8 = EUR0.57 = RM2.5.

♥ Do you sometimes wish to go meatless and yet do not want to feel outcast in the social and business context? Fret not! Check out the list of local (Singapore) vegetarian-friendly eateries below which guarantee your load of vegetarian choices even with all the carnivores around!

♥ Singapore and Johor Bahru is just one small custom away by road. Hope these sharing of vegetarian outlets give you some ideas of where to go for your next trip to JB!

♥ Drop me a personal text, love to hear from u!